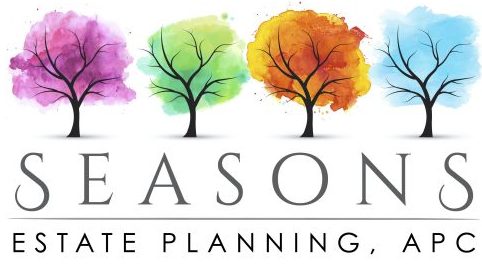 Discussing death can be awkward, and many people would prefer just to ignore estate planning altogether. However, ignoring—or even putting off—such planning can be a huge mistake, as these celebrity stories will highlight.

The next time one of your relatives tells you they don’t want to talk about estate planning, share these famous celebrities’ stories to get the conversation started. Such cautionary tales offer first-hand evidence of just how critical it is to engage in estate planning, even if it’s uncomfortable.

The Marley Family Battle
You would think that with millions of dollars in assets—including royalties offering revenue for the indefinite future—at stake, more famous musicians would at least have a will in place. But sadly, you’d be wrong. Legendary stars like Bob Marley, Prince, and Jimi Hendrix failed to write down their wishes on paper at all.

Not having an estate plan can be a nightmare for your surviving family. Indeed, Marley’s heirs are still battling one another in court three decades later. If you do nothing else before you die, at least be courteous enough to your loved ones to document your wishes and keep them out of court and out of conflict.

Paul Walker Died Fast and Furious at Just 40
While Fast and Furious actor Paul Walker was just 40 when he died in a tragic car accident, he had enough forethought to implement some basic estate planning. His will left his $25 million estate to his teenage daughter in a trust and appointed his mother as her legal guardian until 18.

But isn’t 18 far too young for a child to receive an inheritance of any size? Walker would have been far better advised to leave his assets in an ongoing trust, with financial education built in to give his daughter her best shot at a life well lived, even without him in the picture.

Most inheritors, like lottery winners, are not properly educated about what to do after receiving an inheritance, so they often lose their inheritance within just a few years, even when it’s millions.

Indeed, none of us has any clue when we’ll die, only that it will happen, so no matter how young you are or how much money you have—and especially if you have any children—don’t put off estate planning for another day. You truly never know when it’ll be needed.

Heath Ledger Didn’t Update His Estate Planning
Even though actor Heath Ledger created a will shortly after becoming famous, he failed to update it for more than five years. The will left his entire fortune to his parents and sister, so when he died unexpectedly in 2008, his young daughter received nothing, as she hadn’t been added to the will. Fortunately, his parents made sure their granddaughter was provided for, but that might not always be the case.

Creating an estate planning strategy is just the start—be sure to regularly update your documents, especially following births, deaths, divorces, new marriages, acquiring new assets, or retiring. Many estate plans fail because most lawyers don’t have built-in systems for updating your estate plans, but we do—mostly because we don’t want this to happen to your family.

Paul Newman Cut Out His Daughters Too
Though it’s a good idea to regularly update your estate plan, be sure your heirs know exactly what your intentions are when making such updates, or your family might experience significant shock by not knowing why you did what you did.

The final update to Paul Newman’s will, which was made just a few months before his death in 2008, left his daughters with no ownership or control of Newman’s Own Foundation, his legendary charity associated with the Newman’s Own food brand. Prior versions of Newman’s will— and indeed his own personal assurances to his family—indicated they’d have membership on the foundation’s board following his death.

Instead, the final version of his will left control of the foundation to his business partner Robert Forrester. Some allege that during his final months, when Newman was mentally unstable, he was secretly persuaded to change his estate plan to leave control of the Newman’s Own brand and foundation to Forrester. Newman’s daughters are currently fighting Forrester in court over the rights they believe they’re entitled to receive.

While changes to your estate plan may seem perfectly clear to you, make sure your family is on the same page by clearly communicating your intentions. In fact, if you are making significant changes to your plan, and your children are adults, we often recommend a full family meeting to go over everything with all impacted parties, and we often facilitate such meetings for our clients.

Muhammad Ali Made His Wishes Clear
Boxing great Muhammad Ali wanted multi-day festivities to be held in his honor, including a large festival, an Islamic funeral, and a dazzling public memorial at the KFC headquarters in Louisville, KY. Given such elaborate plans, he worked with his lawyers for years, ensuring his wishes would be properly carried out.

While you probably won’t need a multi-day festivity to celebrate your life, you may have wishes regarding how your life should be memorialized when you pass or how your care should be handled if you’re incapacitated. If you eat a special diet or want certain friends by your side while incapacitated, you have to make these wishes clearly known in writing or they very well might not happen. At the same time, you should spell out exactly how you want your remains cared for and what kind of memorial service, if any, you prefer.

As your Personal Family Lawyer®, we can help ensure your final wishes are carried out exactly how you want. But more importantly, we’ll help protect your family and keep them out of conflict and out of court in the event of your death or incapacitation. With a Personal Family Lawyer® on your side, you’ll have access to the exact same estate planning strategies and protections that A-List celebrities use, so don’t wait another day—contact us now to get started!

This article is a service of Seasons Estate Planning, Personal Family Lawyer®. We don’t just draft documents; we ensure you make informed and empowered decisions about life and death, for yourself and the people you love. That’s why we offer a Family Wealth Planning Session, ™ during which you will get more financially organized than you’ve ever been before, and make all the best choices for the people you love. You can begin by calling our office today to schedule a Family Wealth Planning Session and mention this article to find out how to get this $750 session at no charge.